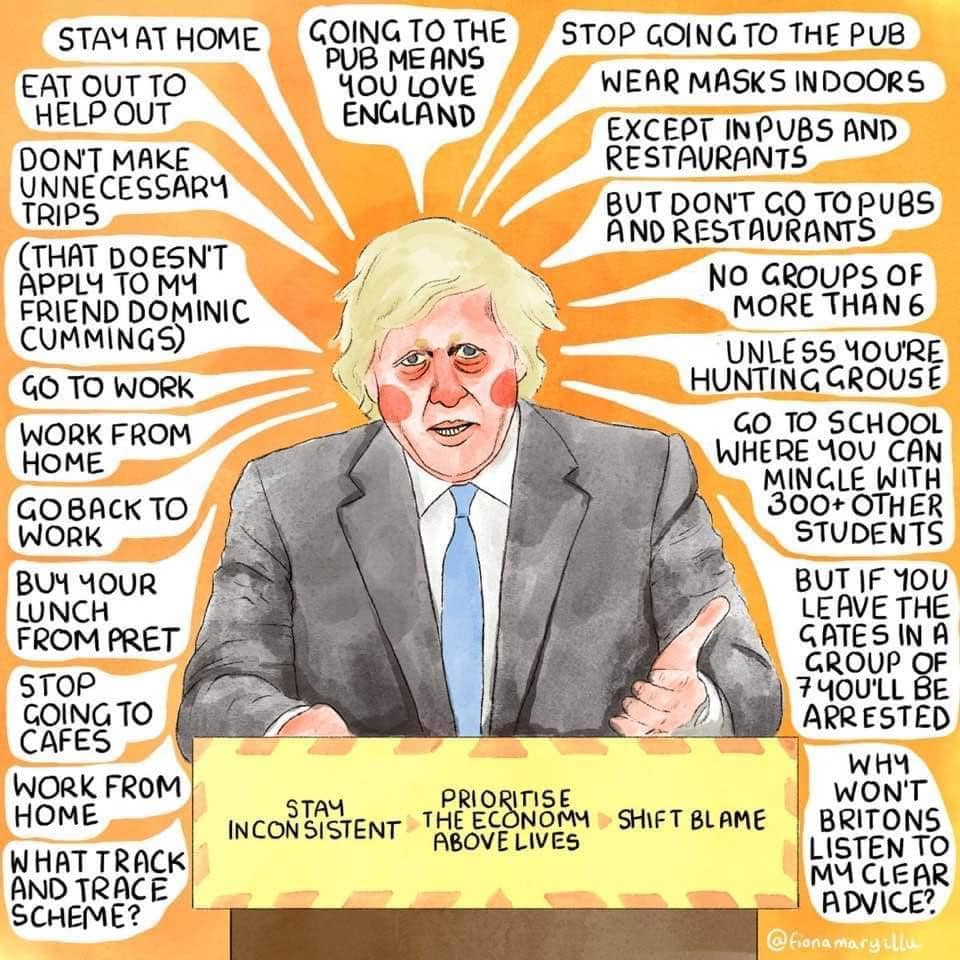 A sign of an authoritarian state is many rules, contradicting each other, with arbitrary enforcement, mostly relying on voluntary compliance through brainwashing and herd mentality, with exceptions for the state and its leaders and cronies.

The men in white coats, the gods calling themselves “the science”, must be followed at all times. This is the technocratic element of the regime. The rule by men is being replaced with rule by “the science”. No contrary views are to be allowed, and anyone with unauthorised views must be shamed and ridiculed, called evil, selfish, stupid, dangerous, and dirty.

People comply with the rules out of habit and to avoid stressful conflicts with the new morality police force, the brainwashed idiots, snitches, and karens of the world, as well as the covid marshalls and covid compliance officers, the new brownshirts.

We are about to go back into full lockdown, and most people have already accepted it as necessary and inevitable, and at this point do not need any justification to be presented. A vague reference to a “second wave”, and a few scary looking projections, will at this point be enough to ensure most of the population complies. They will comply, even though the first lockdown turned out to be pointless, caused many deaths, and resulted in unprecedented economic destruction and misery.

I am impressed by just how quickly the global elites have been able implement the authoritarianism they have this year. Their agenda for global domination has taken a great leap forward.