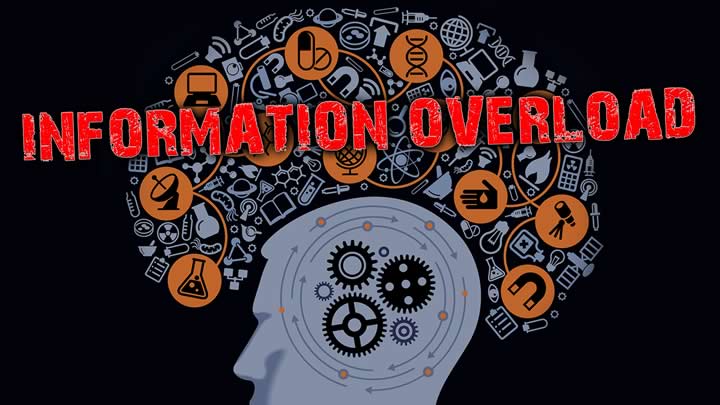 “Flood the zone” is the name of a communications strategy that seeks to overwhelm people with information so that they give up on finding out the truth.

The following are excerpts from the Vox article “Flood the zone: How misinformation overwhelmed our democracy”.

We live in a media ecosystem that overwhelms people with information. Some of that information is accurate, some of it is bogus, and much of it is intentionally misleading. The result is a polity that has increasingly given up on finding out the truth. As Sabrina Tavernise and Aidan Gardiner put it in a New York Times piece, “people are numb and disoriented, struggling to discern what is real in a sea of slant, fake, and fact.”

The core challenge we’re facing today is information saturation and a hackable media system. If you follow politics at all, you know how exhausting the environment is. The sheer volume of content, the dizzying number of narratives and counternarratives, and the pace of the news cycle are too much for anyone to process.

One response to this situation is to walk away and tune everything out. After all, it takes real effort to comb through the b*******t, and most people have busy lives and limited bandwidth. Another reaction is to retreat into tribal allegiances. There’s Team Liberal and Team Conservative and pretty much everyone knows which side they’re on. So you stick to the places that feed you the information you most want to hear.

The foundation for shared truth… has collapsed. We’re in an age of manufactured nihilism. The issue for many people isn’t exactly a denial of truth as such. It’s more a growing weariness over the process of finding the truth at all. And that weariness leads more and more people to abandon the idea that the truth is knowable.

I call this “manufactured” because it’s the consequence of a deliberate strategy… For most of recent history, the goal of propaganda was to reinforce a consistent narrative. But zone-flooding takes a different approach: It seeks to disorient audiences with an avalanche of competing stories.

And it produces a certain nihilism in which people are so skeptical about the possibility of finding the truth that they give up the search… Putin uses the media to engineer a fog of disinformation, producing just enough distrust to ensure that the public can never mobilize around a coherent narrative… The goal, he told me, wasn’t to sell an ideology or a vision of the future; instead, it was to convince people that “the truth is unknowable” and that the only sensible choice is “to follow a strong leader.”

One consequence of pervasive confusion about what’s happening is that people feel more comfortable siding with their political tribe. If everything’s up for grabs, and it’s hard to sift through the competing narratives to find the truth, then there’s nothing left but culture war politics. There’s “us” and “them” and the possibility of persuasion is off the table.

2020 has been the year when the flood the zone communications strategy really came to fruition. This shouldn’t have come as a surprise, because it was discussed at the covid dress rehearsal in October 2019. The globalists had a plan to deal with the inevitable dissenters from the narrative they intended to promote (a deadly pandemic)… they rejected the idea of limited internet shutdowns (restricting information), boldly opting instead to flood the zone (overwhelming people with information).

Victims of the flood the zone strategy have given up on finding out the truth and therefore:

Friends, don’t give up on finding out the truth!