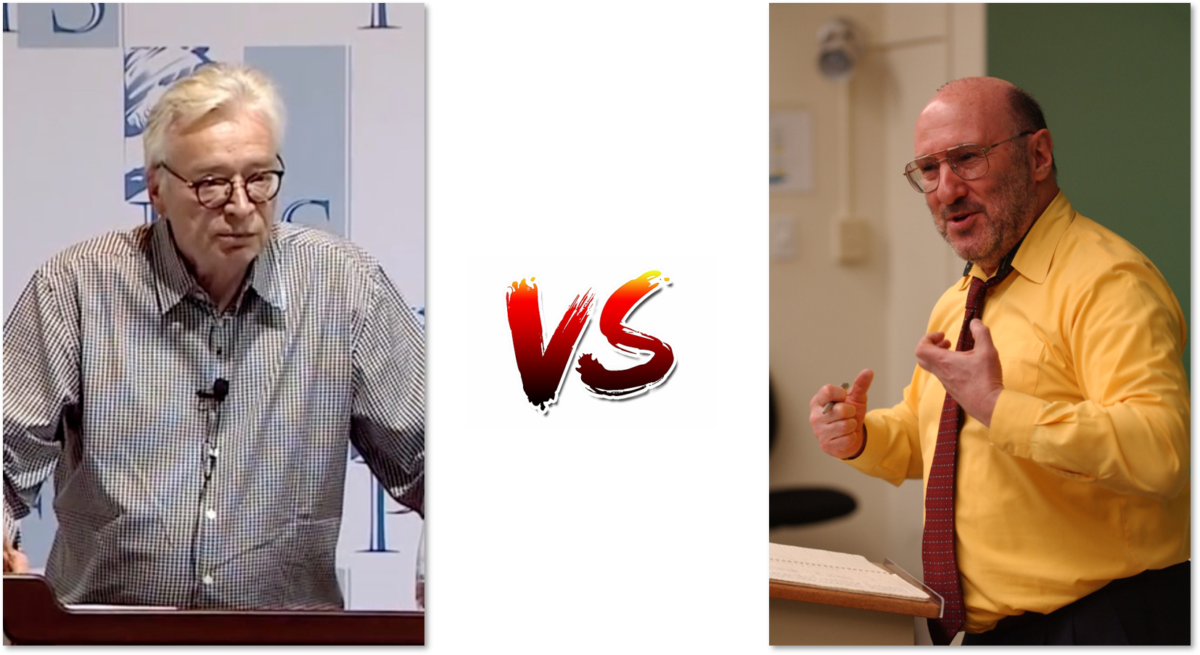 Hans-Hermann Hoppe and Walter Block are our two greatest living libertarian intellectuals.  Naturally, they agree with each other on 99% of topics within libertarianism, because they are both geniuses starting from the same foundational principles, who rigorously apply them all the way to their limits. These two men are the most libertarian of libertarians.

But they do not agree with each other on everything.

If these two titans of libertarianism disagree about a topic, then that surely must be the hardest topic in the whole of libertarianism!  It is such a difficult topic that even these two geniuses have completely opposite positions on it.

It is worth remembering this when us mere mortals are discussing this topic.  Whether you agree with Hoppe or Block, do not claim to be more libertarian than someone with the opposite view.  Do not claim that your own position is the only principled one.  It is a hard topic.  We are all doing our best to apply libertarian principles correctly and, like Hoppe and Block, we are reaching different conclusions.

So… what is the topic?  The hardest topic in libertarianism…

Hans-Hermann Hoppe thinks free immigration is actually forced integration, and that therefore a restricted immigration position is the correct one for libertarians.

Which side are you on?

Here are a couple of useful overviews by Jeff Deist:

The Block-Hoppe debate started when the following two papers were published together in the Journal of Libertarian Studies:

The debate continued. Here are four subsequent pieces by Hoppe:

And here are four subsequent pieces by Block:

P.S. The mentor of both Hoppe and Block was Murray Rothbard, the godfather of modern libertarianism.  Rothbard was in favour of open borders his whole life… until 1994, a year before his death, when he changed his mind!  Hoppe’s argument convinced Rothbard to switch sides… that is why Block refers to “Rothbard II” in the title of his 2011 paper.